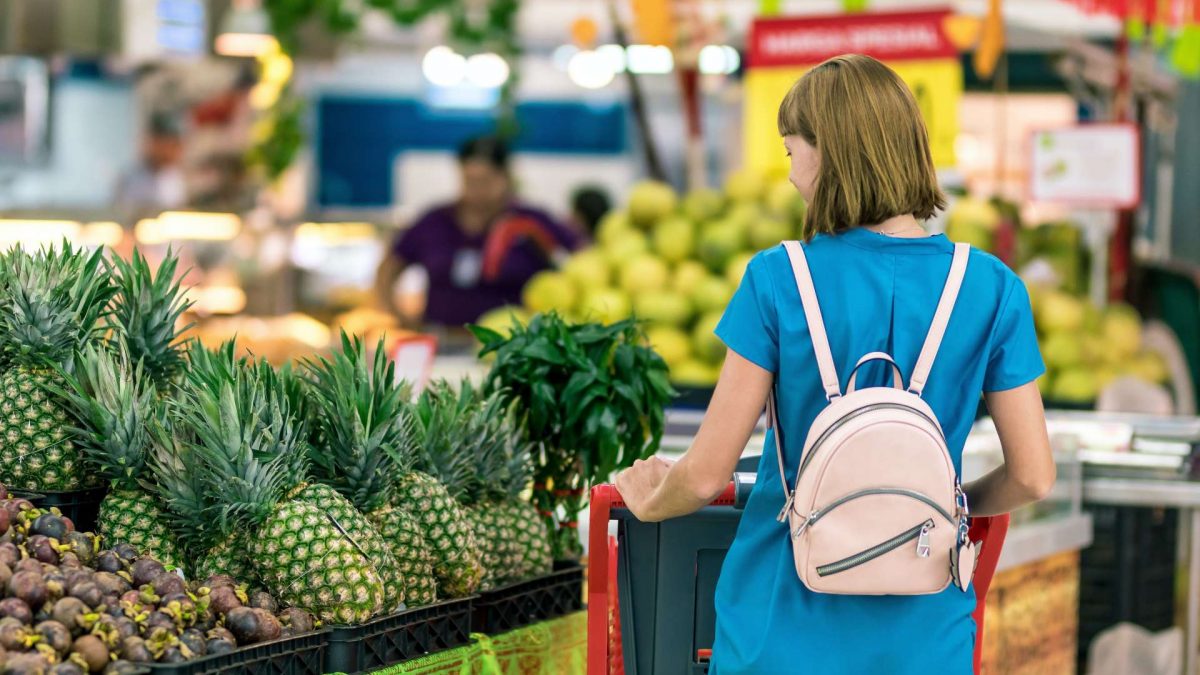 Life-foodprint: 2nd main quantitative survey conducted – When buying and consuming food, the most common behaviours of Cypriot consumers are checking the expiry date of food (95% of participants responded positively), paying attention to how food is stored (90%) and making a list before visiting supermarkets (89%)

There has been an improvement, albeit small, compared to the past in Cypriots’ habits regarding excessive food purchases and wastefulness, as well as household waste.

The second main quantitative survey under the LIFE – FOODPRINT project “Awareness – raising campaign to prevent and manage food waste among consumers, the food and hospitality industries” was recently completed, concerning consumers’ habits and perceptions on the management of organic waste in households. The survey was conducted during the period 11 – 13 May 2022 using CAWI (Computer Aided Web Interviewing) methodology.

In total, it covered 551 people aged 18 years and older, who are either responsible for food purchases or food preparation in their household. The geographical distribution of the sample corresponds to the actual distribution of the population.
Eight of the 16 questions in the 2nd main survey were the same as in the 1st main survey, which was conducted between 21 – 23 October 2020, so that a relative comparison of the results between the two surveys is possible to see whether consumer habits and perceptions have changed in the interim period of the project.

A summary of the survey results:

In summary, the 2nd survey shows a better picture, compared to the past, in terms of consumer habits and awareness of food waste but the main conclusions are similar to the 1st survey. Below is the analysis of the common questions between the 2020 and 2022 survey and then the conclusions of the additional new questions in the 2022 survey.

When buying and consuming food the most common behaviours of Cypriot consumers are checking the expiry date of food (95% of participants responded positively), paying attention to how food is stored (90%) and making a list before visiting supermarkets (89%). All 3 of these habits help to reduce food waste. The least common behaviors are using leftover food to prepare other meals (52%) and discarding old food when buying fresh (31%). 63% say they only buy what they need and 65% say they like to stock up at home. Of these, 33% state both at the same time. We see two habits that under normal circumstances should cancel each other out, but there may be a perception that stockpiling at home is necessary.

Compared to 2020 there is not much variation in food buying and consumption habits. For most positive actions, there is a marginal increase in the proportion of households taking them.

Most households tend to buy more food than they need. When asked why they buy more food than they need, most respondents said they prefer to have a stockpile in case something happens (43% responded positively), feel secure when there is a lot of food in the house (34%) and want to be prepared for visitors to the house (33%). Only 26% said they do not buy more food than they need.
Compared to 2020, the most common reasons for buying more food than needed show a slight increase, while the percentage who said they do not buy more than needed remains the same (27% in 2020 and 26% in 2022). Household habits probably indicate some cultural perceptions that there is a need to have more food in the home and on the table than needed. Consumers’ views are also likely to be influenced by current events. Given that the survey was conducted in May 2022, the increases in percentages compared to 2020 for reasons such as “stockpiling in case something happens” and “feeling safe when there is too much food” may have been influenced by the Ukraine-Russia war, which creates risks of food shortages and uncertainty about the future. There is also the possibility that these percentages are also elevated in the previous survey (October 2020), given the huge change in consumers’ routines due to the coronavirus pandemic and the fear of shortages on supermarket shelves.

72% consume food in the next few days

When it comes to the habits of Cypriots when it comes to leftover food, it seems that the most common actions are eating the leftovers in the next few days, offering them as pet food and storing them in the freezer for future use. Consumers were also asked about the frequency with which they carry out these actions. Eating food leftovers is the habit that is most frequently implemented (72% do it quite often or always), while composting seems to be the habit with the least frequency as only 9% of households say they compost food leftovers on a regular basis. 15% say that leftover food ends up in the garbage quite often or always.
Compared to 2020, all positive food leftover management actions show an increase except for the habit of “offering as pet food”, which remains at the same level. More pronounced is the increase in the frequency of the habits of storing in the freezer for future use, preparing other food and offering it to other people.

Throwing away fruit and vegetables

According to the survey, vegetables and fruits are the food categories that are most often thrown away. 56% of consumers throw away vegetables at least once a week, compared to 43% for fruit. Compared to 2020, all food types fluctuate at similar rates in the frequency of being thrown in the trash except for the meat category, where a decrease in frequency is recorded.
When asked what are the main reasons for throwing away food, fruits and vegetables in their household, most said that the expiry date of food is passing (44%), more food is prepared in the household than needed (28%), some household members do not eat all their food (27%) and more than the actual needs of the household are purchased (27%). A 15% said that they do not throw away food in the garbage.
Compared to 2020, the main reasons for throwing away food are the same and the results did not show much variation, except for the reason that “leftover food that is stored is spoiled and not suitable for consumption” (24% in 2022 vs. 31% in 2020). This may be due to better food storage, which as shown in the previous question, there are more households that tend to store leftover food in the freezer in 2022 (32%) than in 2020 (23%).

In terms of consumers’ feelings when they throw food in the rubbish, the most common feeling is guilt (59%), followed by wasting money (51%) and then damage to the environment (33%). A further 4% say they feel indifferent. Reports of all three of these negative feelings have increased over the last two years, while the proportion reporting indifference has decreased over the same period from 10% to 4%. There appears to be a positive change in this case in terms of consumers’ perceptions of food being thrown away in the trash.
But still third in line, as in 2020, is the feeling that damage to the environment is being caused.
Below are the findings of the questions which are not a repeat from the 2020 survey.

Are they concerned about the environment?

Participants were asked to calculate the percentage of their food waste compared to total waste, given that in the average Cypriot household 50% is food waste. 78% of consumers said they waste less than 50%. This confirms that there is an underestimation by consumers of the magnitude of the food waste problem, since in fact the most recent measurements show that organic waste in Cyprus is between 47 – 52% by weight of Municipal Solid Waste.

When going out or having guests over for dinner, the majority (61%) say they order/prepare more food than they expect to need to ensure they don’t run out of food. This response is consistent with the results to the question on why more food is purchased than necessary. Namely, 43% responded that they want to stock up at home and 33% want to be prepared for strangers at home.

Only 15% take a packet of surplus food

When consumers go out, when they have leftover food, only 15% always take it with them for future consumption and only 29% take it quite often. Although feelings when discarding food are negative and only 4% report indifference, however, when there is excess food at the restaurant the percentage who take it home quite often or always is only 44%.
And lastly, when asked whether they practice “First come, First eaten” with the food they buy, 55% said they always or quite often do so. This habit is also linked to proper storage of produce in the refrigerator and cabinets. In a previous question 95% of participants said that they check expiry/consumption dates and 90% said that they pay attention to how they store food in the fridge. Given these percentages, one would expect the percentage for the “First come, first eaten” habit to be higher.

There has been an improvement

The 2022 survey results compared to 2020 show there was a slight improvement in consumer habits regarding buying, keeping and eating food and managing food leftovers. The results also indicate a change in the views and perceptions of Cypriot consumers because food waste seems to be more strongly associated with negative feelings compared to two years ago.
However, some negative habits and perceptions are apparent, such as the need for Cypriots to feel that there is enough food at home and when going out, while at the same time not managing leftovers properly. Also the perception of the problem of food waste is not properly appreciated. There is not enough awareness/knowledge around the environmental cost of food waste, but neither is the scale of the problem. Consumers believe that they waste less than they actually do.