Presentation of the results of the first nationwide FOODPrint survey

Presentation of the results of the first nationwide FOODPrint survey 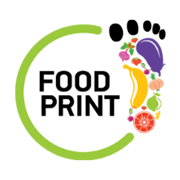 Changing the habits and mindset of Cypriots in order to significantly reduce food waste in households and catering and hospitality businesses is the main objective of the Foodprint campaign.

This campaign is co-funded by the EU’s LIFE programme and coincides with Cyprus’ strategy to meet the broader environmental goals set before the EU for sustainable management and drastic reduction of municipal waste by 2030.

At a press conference in January 2021, the Minister of Agriculture, Rural Development and Environment, Costas Kadis, welcomed the implementation of the campaign because it supports the State’s concerted effort to implement a series of innovative source separation measures such as the pay-as-you-throw system and composting.

The partnership of the “FoodPrint” campaign with the slogan “no more food waste”, consists of the “Zeus” Group, the OEB, the Department of Environment, Friends of the Earth and the environmental consultants “Parponas – Sustainability” and communication consultants “Opinion and Action”. The project coordinator Antonis Karatzias – Director of the Development and Innovation Department of the Dias Complex presented the actions and objectives of FoodPrint, which include, among others, surveys, seminars for pupils and students, consultations with businesses, professionals and organized groups, publication of guides, creation of a cooperation network for food supply and a series of environmental actions.